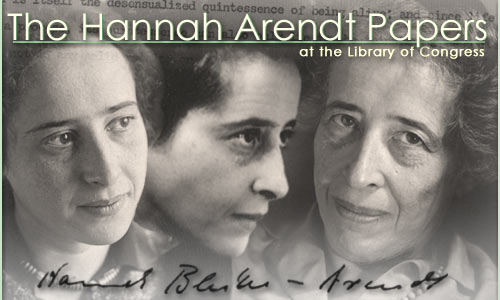 On June 16th the Hannah Arendt Center hosted a panel discussion to celebrate the launch of the new Library of Congress Hannah Arendt Papers digital archive. You can watch it here. Rob McQueen, one of our members, has now created a supplemental search tool that enables full-text searches of the archive. McQueen explains his new search tool below.
07-29-2021

From Roger Berkowitz, Our Founder and Academic Director

Three events dominated the last year. The Covid-19 pandemic spurred online life and online education to an extent few could have predicted. Confined to our homes, many of us could nevertheless teach classes over Zoom, socialize with friends on House Party, and talk over Facetime. When the pandemic struck, the Arendt Center didn't close down. We pivoted.
07-22-2021

Roger Berkowitz
Abstract debates about critical race theory or antiracism curricula often lead nowhere. It is imperative that we engage in specific efforts to develop meaningful curricula that address the reality of racial inequality in our history and our present. And that is proving difficult, as is shown by the case of Deemar v. Board of Education of the City of Evanston/Skokie.
07-17-2021

Roger Berkowitz
Felix Heidenreich writes about how Hannah Arendt has become an iconic and even mythic thinker in Germany today, and one might say also outside of Germany as well. He argues that “The fascination for Arendt is comprehensible and fertile as long as Arendt is taken seriously as a philosopher” or at least as a political thinker.
07-16-2021

Roger Berkowitz
The United States of America was created not as a democratic state but as a federal constitutional republic with democratically elected representatives. As Alexis de Tocqueville saw, the spirit of American democracy came out of the townships in New England. And Hannah Arendt argues that the greatest innovation and central idea of the United States Constitutions was the dispersion and expansion of federated powers alongside a rejection of central government and sovereignty.
07-09-2021

Roger Berkowitz
The incredible popularity of Hannah Arendt in recent years is likely traceable to her reflections on themes such as  totalitarianism, loneliness, and lying in politics. Her work is thought to be relevant to our modern political and cultural situation. And it is. But Arendt’s importance today goes beyond her substantive insights into our political condition.
07-02-2021

Roger Berkowitz
Sarah Schulman’s book Conflict Is Not Abuse is one of the better arguments, from a progressive perspective, against de-platforming and in favor of having difficult conversations. Schulman makes an essential argument, that we too often confuse the feeling of conflict or being uncomfortable with the experience of abuse or serious medical trauma.
06-25-2021
Featured

Revitalising Democracy: Citizen Juries as a Response to the Failure of Expert Rule

I was in Ljubljana in early June to speak at a conference, “What Kind of Government?” You can watch recordings of the talks including my own talk “Revitalising Democracy: Citizen Juries as a Response to the Failure of Expert Rule.”
06-24-2021

Roger Berkowitz
John Douglas Macready considers the importance of Arendt’s analysis of loneliness as the fertile ground for totalitarian and ideological politics. The widespread anxiety over the global eruption of right-wing populism, which was exacerbated by the election of Donald Trump in the 2016 U.S. Presidential election, and the succeeding four years of his presidency, produced a renewed interest in the political theory of Hannah Arendt,
06-10-2021