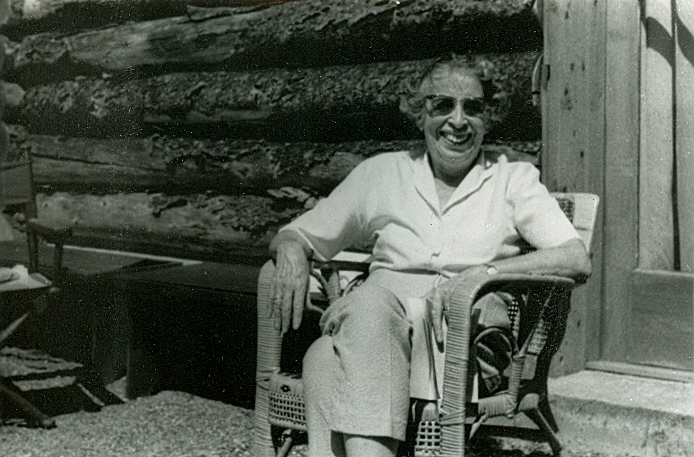 The Uses and Abuses of Hannah Arendt

Roger Berkowitz
Hannah Arendt has become the thinker of the present moment, cited in hundreds of essays and think pieces seeking to explain our current predicament. There are some good reasons for her newfound relevance. Arendt’s fearless thinking insisted on confronting reality. She understood the uniqueness of totalitarianism, but also its origins in imperialism, bureaucracy, racism, loneliness, and the decline of the nation state.
10-22-2020

Samantha Hill
Carmen Lea Dege writes about the resurgence of interest in existentialism amidst the Covid crisis. Tracing the history of existentialism in the 20thcentury, Dege looks at Hannah Arendt’s two essays on the problems of German and French existentialism while thinking about how Heidegger and Jaspers influenced her understanding of evil..
08-27-2020

Roger Berkowitz
Jacob Blake was shot seven times in the back by three police officers as he was reaching into his car with his three children in the back seat. All cautionary rhetoric aside—we don't know the full story, he may have been reaching for a weapon, he was clearly not listening to the police—one fact is not in dispute to anyone watching the video of the attempted murder: Jacob Blake did not deserve to be shot seven times from behind and paralyzed.
08-27-2020

The Hannah Arendt Center at Bard: Challenging Us as Political Beings in the World

“Academia, stuffy lectures, silos of thought, ivory towers—these visions of scholarly pursuits are not the pillars of the Hannah Arendt Center for Politics and Humanities at Bard College. In contrast, the Center dedicates itself to open, bold and diverse thinking, active questioning, and deepening an understanding of our collective political lives,” writes Mary B. O’Neill in this spotlight on the Center for Main Street magazine.
08-26-2020

Politics and truth, Hannah Arendt reminds us, have never been on good terms. "Lies have always been regarded as necessary and justifiable tools not only of the politician's or the demagogue's but also of the statesman's trade." And yet, Arendt raises the question of "what injury political power is capable of inflicting upon truth."
08-20-2020

Adolph Reed is a son of the segregated South, a native of New Orleans who organized poor Black people and antiwar soldiers in the late 1960s and became a leading Socialist scholar at a trio of top universities.
08-16-2020