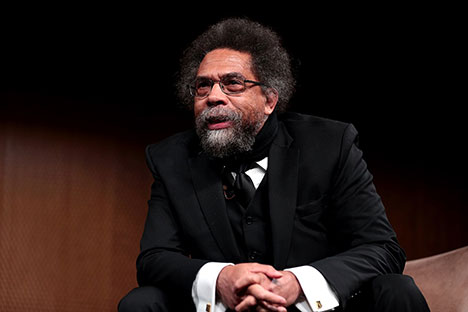 Roger Berkowitz
In response to news that Howard University is disbanding its Classics Department, Cornell West reminds us that Frederick Douglas and the Reverend Martin Luther King Jr. were inspired and nurtured by the classics. West argues that the attack on the classics is an attack on the soul and symptom the moral and spiritual rot of American culture.
04-22-2021

By Samantha Hill
Jacob Mikanowski profiles Timothy Snyder for The Chronicle Review. Snyder is a historian of the Holocaust and professor at Yale University. His new work, The Road to Unfreedom, chronicles the rise of authoritarianism today.
04-14-2019

By Roger Berkowitz
Matt Taibbi is publishing his new book Hate Inc.: Why Today’s Media Makes Us Despise One Another alongside a series of emails. (The emails are available by subscription.) In his inaugural post, Taibbi describes why the cover of his book includes Rachel Maddow alongside Sean Hannity. Taibbi argues that Maddow is the poster-person for the rise of hate-filled journalism on the left, but he offers some praise for Maddow and argues that almost all of those journalists now criticizing her are guilty of much of the same excesses, irresponsibility, and hate mongering that she practiced.
04-07-2019